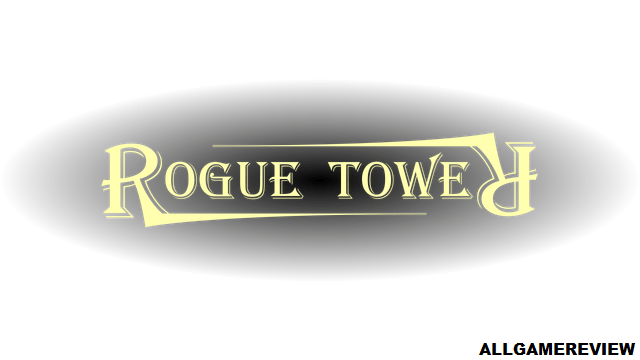 There are plenty of tower defense games out there, but what sets this one apart is the fact that it contains roguelike elements, which means you will never know what’s around the next corner as the game is constantly changing. You can also complete a run without defeating any enemy, but Rogue Tower will also offer you plenty of other ways to entertain yourself during your runs, such as unlocking new features.

Rogue Tower: Is it worth a bye? Rock Tower is a tower defense game with roguelike elements and a continuously expanding path which you can influence, unlock, upgrade, expand, and defend. Now I appreciate that this is a pretty niche game.

You know, tower defense isn’t for everybody. I just happen to be a big fan of them, and this one plays completely differently from most tower defense games.

For example, you start with one little tiny block of the map, and then after every wave of enemies rushes at your tower, you have to expand the map in the direction that the lane comes from. Now, this is all rng.

You could end up with a very very long lane, which is perfect, or it could branch off into other lanes, which means you’re going to have enemies coming and converging on your tower from different sides.

So you don’t want that because that’s going to be way harder to defend. So that’s kind of that with the way the map works at the end of each wave.

You build your deck by getting up. You’re given a few towers to start with, and what you have to do is go into this huge kind of deck-building area and unlock cards. You know, the blue ones are permanent, which means that they’ll be there all the time.

You’ve got to think about what you build, what you’re going to specialize in, and also, it’s a 45-level game, which means that it changes quite considerably after level 30.

So unless you’ve got all the blues unlocked, you have to have a really good strategy to beat it. I’ve only beaten it on the easiest difficulty, which is a single line coming into your base, but there are double and triple difficulties, so it’s really hard, but doable, and I look forward to baiting it on all the difficulties.

I have got a bit of an understanding of how the game works now. I should have updated for 10 freaking hours, but the way it is is that you have total control.

So you decide what you’re going to unlock, what towers you’re going to upgrade, you’re going to hope you get the cards, and then what you have to do is set priorities for what the towers attack and upgrade them, because the more a tower hits something, the better it’ll get at hitting shields.

I mean, some, like the ballista towers, will be good at hitting everything. I mean, the better itself, I think, but they’ll hit everything and do well if you level them up. It’s kind of like setting kill zones for hammer shields and setting priorities to hit people with higher shields.

Other monsters with higher shields said something. Hit the higher armor and some of the health. Get that damage over time. I had dots all over the place. There’s poison, there’s fire, there’s bleeding.

You need kind of like a mixture of precision towers to take out the nasty bosses that come and a lot of airways because, as it’s a roguelike, even if you do terrible and you get beat by level 15, which you probably will, you get that XP, you go in, you unlock more cards with your XP, and you’ll get more money coming in.

There are ways to make money. There are university buildings to put down where you can research great buffs, great um buffs that’ll affect all your towers.

As they level up, the more gold you get. There are mana towers that you can put down because certain things, like Tesla stuff, use mana, so you have to regenerate enough mana.

So it’s just a small Rogue Tower review, just a little preview, but if you’re into a tower defense, this is an excellent game. It’s addictive. It has some balance in this use, but essentially, it’s shocking to me that the developer just couldn’t be asked to put in decent explanations of things in the actual game.

So essentially, I had to read a lot just to get my head around what everything did. I mean, you would think that if you make a game, you’d go to the little bit of time. i hope you like my Rogue Tower review.

War in Other Space Game Review